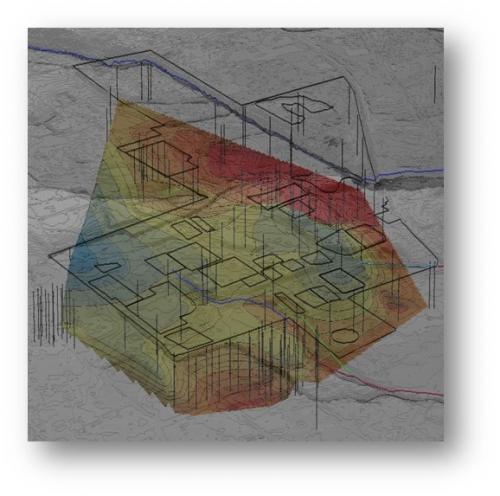 AquAeTer was retained by its client to assist with a litigation involving groundwater, soil and sediment contamination. As part of AquAeTer’s investigation, a GIS map was created to analyze the opposing party’s data as well as to store geographic and laboratory analytical data collected for the case. A focused review of the numerous soil boring logs revealed various geologic anomalies in the existing soil boring records for the Site. The necessary data were pulled from the multitude of boring logs and loaded to a custom geodatabase. Once the data were imported to the GIS, spatial analyses were performed. AquAeTer identified previously unrecognized patterns in the boring data that indicated paleochannels within the substrate immediately above the aquitard surface. Delineating these features allowed AquAeTer to locate preferential pathways for groundwater and the associated contaminant plume.

AquAeTer provided the following services to its client for this project: