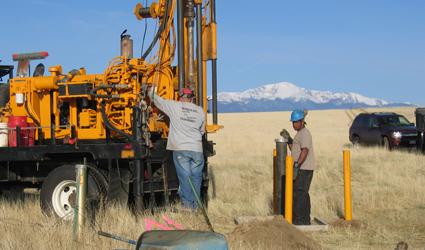 AquAeTer was retained by its client to thoroughly review and update the hydrogeologic characterization and ground-water monitoring system for permitting a major landfill expansion on the Colorado Front Range. We revised the characterization of the groundwater regime for this Greenfield site, and that revision became instrumental in obtaining State of Colorado concurrence with an ‘alternative liner system’ that the agency had not considered viable until the hydrogeologic setting was clearly redefined. That determination by the State, and the revised groundwater monitoring program that also was approved, will save our client over seven million dollars.