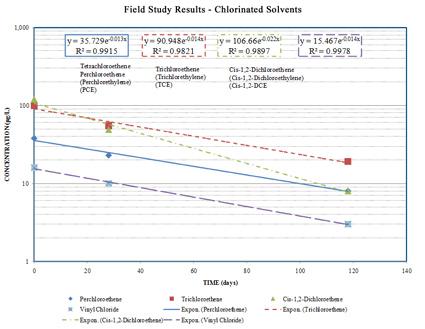 AquAeTer was retained by its client to implement a bench-scale, field-scale pilot study and eventually a full-scale treatment system for chlorinated solvents at the site area. An in-situ aerobic bioremediation approach was selected after bench-scale results from tests of both aerobic and anaerobic bioremediation methods demonstrated an inoculant mixture of an oxygen and carbon source. Based on the success of this process, AquAeTer acquired a patent for this treatment system.