Pam Hoover, P.E., in conjunction with her research at Vanderbilt University, has been invited to participate in the Tennessee Harmful Algal Bloom Work Group 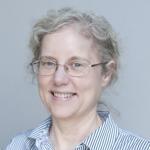 The Harmful Algal Bloom Work Group (HABWG) was formed in 2018 by the Tennessee Department of Environment and Conservation’s (TDEC’s) Nutrient Strategy Task Force. The HABWG has been given the task of developing recommendations for TDEC’s response to HABs in Tennessee. HABs are caused by naturally occurring algae when their growth is excessive. The threat to human, pet, livestock, and environmental health can be direct due to toxins produced by some algae. The potential for harm can also be indirect due to changes in water quality, such as decreasing dissolved oxygen concentrations. The Work Group has been tasked with considering how to notify the public in order to protect human, pet, livestock, and environmental health and to document HAB events in Tennessee for further study. Further, the HABWG is expected to consider a coordinated effort with other agencies. Activities of the Work Group include gathering information about response programs developed by other state and federal agencies within the state, such as the TN Department of Health, TN Department of Agriculture, and the U.S. Army Corps of Engineers; resources for responses, such as analytical laboratories and research centers; and response programs developed by other states. The HABWG is comprised of representatives from TDEC, other state agencies, federal agencies, and universities and colleges who are working in the area of harmful algal blooms.